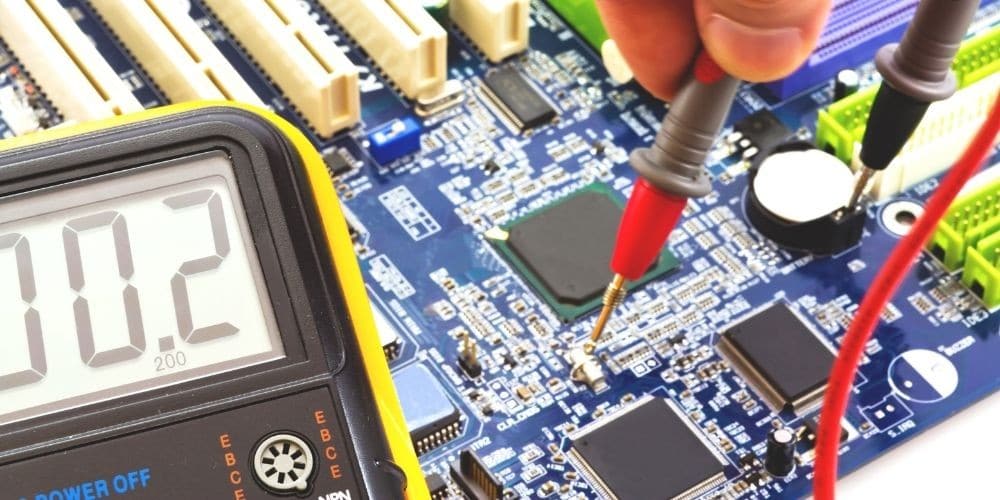 In a computer system, the motherboard is the most important part. An actual PC is created when all the parts are joined together. It is the central communication link between the computer’s components. In addition, everyone wants an understanding of how to test a motherboard with a multimeter since most computer systems cannot run without a motherboard.

If you think that your motherboard is malfunctioning, you should check it. It is possible to test this at home with a multimeter. Multimeters can be used to diagnose simple motherboard problems. The electronic issues of the motherboard can be detected if you have a multimeter.

If you found it hard to test mobo with a multimeter you can try an alternate method How to Test a Motherboard Without a CPU.

How Can DC Voltage Be Measure

A multimeter is required for DC voltage measurements. There are two types of multimeters: digital and analog. To make this process as easy as possible, we have given you the instructions below

You will now need to check pins 9 and 14 using the other probe. Keep an eye on the readers while checking those pins. Next, use the red probe to probe pin 9. There’s nothing wrong if the meter shows a reading of 5 V, but any reading above or below 5 V suggests that there’s something wrong with the power supply. Try testing pin 14. If it measures between 3 to 5 V, there is no problem; otherwise, it could be a faulty switch. As soon as the power switch is turned on, the PS_On value should decrease to 0, otherwise, there is a problem with the power switch.

Test pin 8 to determine if Power_OK is enabled. A reading of 2.5 or higher should be shown on the multimeter when probed with the red probe at pin 8. The presence of this signal indicates the computer can start.  Once the computer restarts, press reset again to see if the reading drops to zero and then climbs back up.

How To Test A Motherboard: If It’s Bad or Good:

As a result of a broken motherboard, it is unable to handle all the hardware components of your computer. Consequently, applications may lag more and shut down more often.

Problems with unexpected locking or freezing:

The random freezing or locking of your computer is a bad motherboard symptom as well. To ascertain whether it is the software issue causing the PC to freeze, perform a troubleshooting session. As soon as you’ve eliminated the software issue, consider other hardware components, such as a failed motherboard.

A physical examination of the motherboard can be performed when the computer has been shut down. Most commonly, leaking or bloated capacitors are the consequence of high temperatures, material defects, or plan aging. The motherboard may go bad if a capacitor blows.

BIOS menus must typically be entered manually. In this case, there are a number of software or hardware errors, such as a problem with the motherboard, that appear on their own during the startup process. Since the BIOS menu manages the hardware agreements on your PC, the motherboard may have difficulty communicating with recently installed components like a video card, so the menu appears automatically at startup.

The presence of BIOS indicates that a component on the motherboard has failed or is malfunctioning.

How to Determine Whether a Motherboard is Dead: 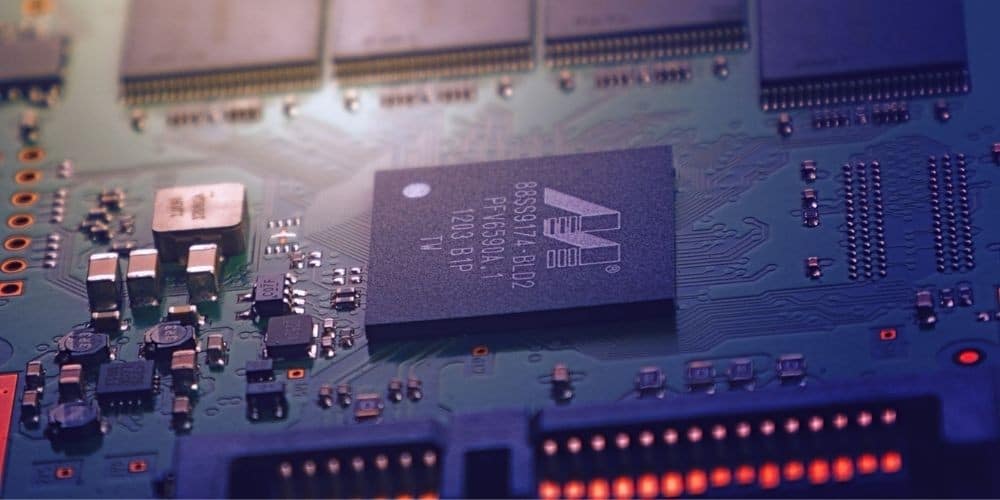 The odds of hardware failure are pretty good if the computer does not boot up properly, shuts off during startup, or the POST process fails. These problems aren’t always related to the motherboard: overheating CPUs, Power Supply Units (PSUs), etc. All contribute to this issue. We need to look into something important.

Usually, motherboard failure is caused by blown or bulging capacitors. By checking the top, make sure no capacitors leak or bulge. If the capacitor is blown, there is a problem. This scenario could indicate a motherboard problem. You must solder the capacitor with precision after replacing the capacitor. Make sure there is no burning smell. Pins should not be bent.

Also, check the connections of all components. If the system starts, ensure that all the fans are running. If there is an LED on the motherboard, find out what color it is. Some modern motherboards come with LEDs that indicate the condition of critical components, such as RAM, hard drives, and CPUs. Green indicates a correctly working component. In these cases, it is possible that the motherboard is still functional, but there could also be another cause for the PC not to boot.

In addition to the motherboard, the power supply is equally important. In the long run, you may suffer permanent damage if the chip fails to work properly or does not meet the specs. Under excessive load, power supplies can even be damaged. A power supply can be tested by connecting it to an operating system and turning it on. The PSU indicates the motherboard is not malfunctioning, but the PSU. Plugging in an AC adapter will provide power for your laptop. If this works, the motherboard should be fine.

Prior to starting this process, disconnect all devices except the CPU and memory. Switch to BIOS and perform a POST. We mentioned this part in the previous section, so the PC doesn’t pass this part either. There may be no beeps or a code that indicates the problem based on the situation. Different motherboard manufacturers can generate a wide variety of error codes when they detect hardware problems. The beep code is also a big red flag if there is no power light on but the beep code is indeed present.

How can I test to see if my motherboard is bad?

You can test your motherboard for some things and then you can tell easily whether your motherboard is bad or not. We have already discussed this section in detail above. You can read the testing method from above.

How do I manually test my motherboard?

In the case of a damaged motherboard, you should replace it rather than repairing it. PCs can be completely ruined by a malfunctioning motherboard. Rather than replacing your entire PC, it would be wise to replace just one part.