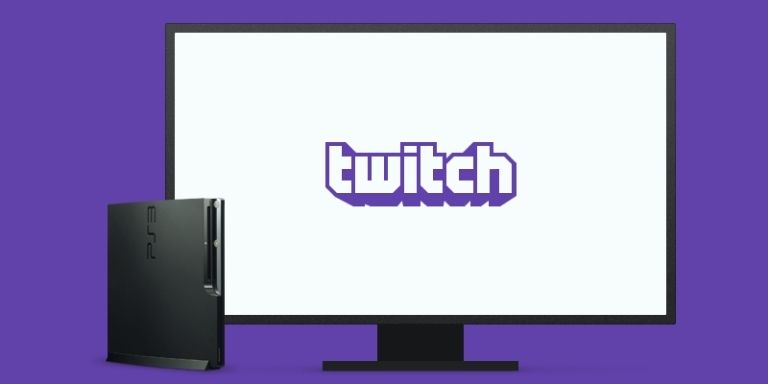 Twitch is one of the largest and fastest-growing gameplay streaming platforms in the world. This platform provides you with a lot of streaming options and also allows you to directly stream from your gaming consoles.

Most people use a laptop or desktop computer to stream their gameplay because it provides you with more options that make streaming much more entertaining and effective.

If you want to directly stream from your gaming console, you can do that as well. PS4 and above allow for live streaming as they have their own computing system.

However, if you want to stream from your Play Station 3, you will need to set up the device with your computer in order to stream.

In this article at Litfellow.com, we will provide you with a step-by-step guide to stream your PS3. You will need a desktop PC, capture card, and of course your Sony PS3.

So, without wasting any time, let’s get right to it.

Streaming from PS3—Step by Step Guide

Let’s begin with the main tasks you have to do to stream on Twitch. 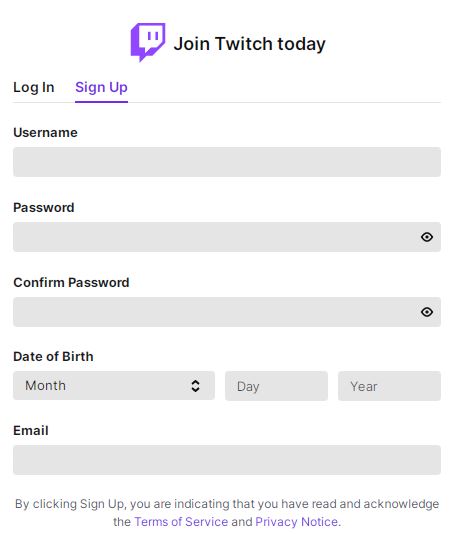 If you already have a Twitch account then you can move to the next step.

If you don’t have a Twitch account, then you need to create one for streaming. Twitch allows you to create free accounts and the process is very simple.

Safety and privacy should be your main concerns at this point. Twitch is a platform that allows you to grow from streaming, achieving the Affiliate and Partner status, and earning from the Twitch. Hence, you must make sure your account has maximum security.

2. Get the Right Capture Card 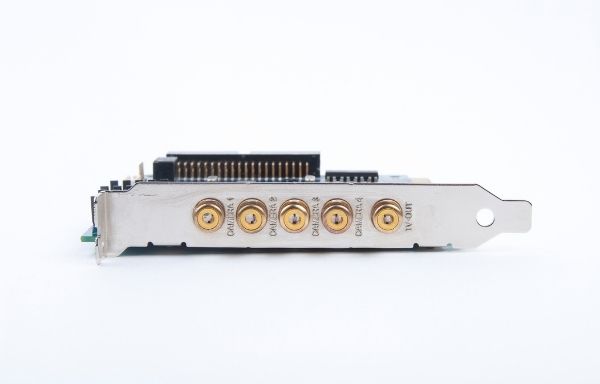 Capture cards are devices that will link your PC with PS3 to enable it for streaming. Not only it will be used as a connection but will also increase your streaming options.

Capture cards are available in a lot of options, but each comes with its latency issues. Latency is the delay you will face in the streaming, it can range from nanoseconds to a couple of seconds depending on your capture card.

A good capture card will be a bit expensive but will allow you to stream HD content with the least latency.

For maximum latency reduction, you can get an internal capture card for your PC and fix it directly in your motherboard.

However, if that seems tricky, there is also a USB and wireless version you can get. We recommend the USB version as it will be affordable and also easy to set up with your devices.

After you have gotten the right device, plug it into your system and connect it with your gaming platform using an HDMI cable. You can also use wire splitters and converters. 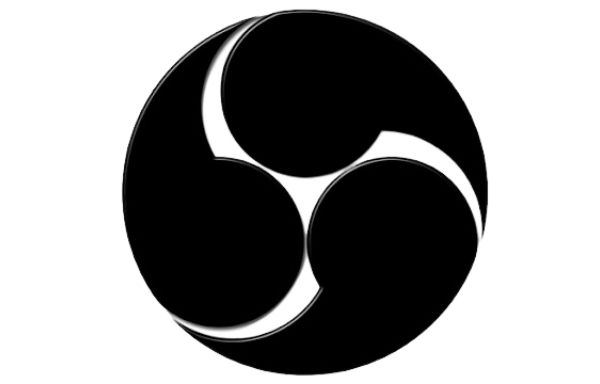 After you have purchased the right capture card, you have to install its software and drivers on your PC.

The software and drivers will be available on the CD or DVD that you will receive with the capture card box you purchase.

Put in the DVD, let the setup wizard run, and install the drivers and software with the wizard.

However, if you don’t have a DVD, you can download official drivers and software from the manufacturer’s website.

This game capture software will allow you to stream from your PS3. It is a dedicated software that provides you with a variety of streaming options.

You can also download and install other streaming software. OBS is particularly popular among Twitch streamers. Once you have downloaded and installed the software, select the capture card as your streaming device.

4. Connect to Your Twitch Software 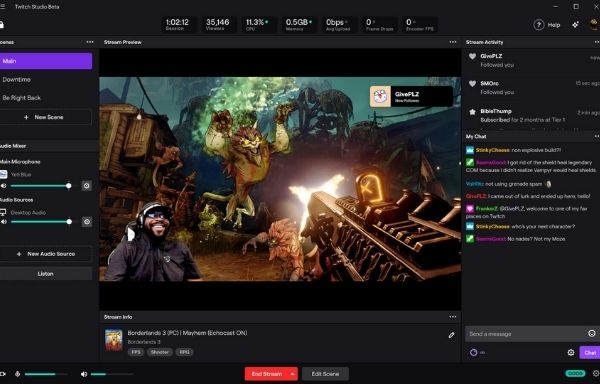 This is the final step in which you have to connect the streaming software with your Twitch account.

You might face some latency because of game capture or your internet connection, but overall you will be able to stream in 1080p HD quality with an impressive frame rate.

From here onwards, you will be able to Livestream your content live to your Twitch audience from your Sony PlayStation 3 and compete in the streaming world.

Some Important Things to Consider

First of all, you can either use a computer or a TV to broadcast your streaming from your PlayStation 3. This device will act as the computing device that you need to stream your content.

PS4 and higher PlayStations come already equipped with the necessary gear to stream themselves.

The quality of the Game Capture Device matters a lot. The latency of your streaming will entirely depend on it. This device acts as an intermediary and hence we recommend you spend some money here and get a good one.

The game capture software or broadcasting software is crucial to your streaming. It is the main software that will control all of the streaming. Even though you don’t need this device or software with higher PlayStations, getting them would increase your streaming options.

Hence, to stream effectively and entertain your audience more, you should get this broadcasting software. It will provide you with a variety of editing and streaming options.

Internet connection is of utmost importance in streaming. If you have low-speed internet, you will neither be able to stream nor gain many viewers on the streaming platform.

Hence, you must get a stable internet connection before streaming. The connection that maintains speed from 3 to 6 Mbps is good enough for streaming.

If your internet connection is good but not stable enough, you will face lag in streaming, and also the streaming might stop.

Other Streaming Gear You Should Get

If you are planning on becoming a professional streamer and want to compete with bigger fishes on Twitch, then you must get proper equipment.

It doesn’t matter if you have a PS3. You can stream PS3 games on Twitch and still make it to the top. What does matter is the other equipment you are using to make your streams more eye-catching and entertaining.

You should get a proper headset or microphone so that your voice is transmitted to your audience. An HD cam is also mandatory so that your viewers are able to see you clearly.

Adding to this, your gaming chair, the joystick or console controller you are using, items in your background, and RGB lighting are also important factors to develop a gamer’s vibe in front of your audience.

Benefits of Streaming on Twitch

Twitch not only allows you to build up a social presence and become like a popular celebrity but also gives you the opportunity to earn from it.

Streamers are also influencers with a wide following and fans and can keep people entertained while also providing the right information.

Hence, besides having the influence of a celebrity among gamers, you will be able to share the revenue you generate for Twitch and make an earning out of it.

Can you watch Twitch on PS3?

Yes, now you can. Twitch has introduced their latest application for PS3 that will allow you to watch Twitch videos live on your PS3. Hence, you can enjoy a quality viewing experience from all streamers on your console.

How do I stream from my PS3?

To stream from PS3, you will need to connect your PS3 with a computer and download broadcasting software. We have shared a detailed guide above on how to stream from PS3. It will guide you on all the important steps.

Can I play PS3 on Twitch?

Yes, you can play your games and stream them on Twitch from your PS3 now. You will just need to set up your PS3 with the right equipment and tools. You will need a computer and also a game capture device. You can read the above guide for more details.

Can you stream PS3 games?

Yes, you can stream PS3 games on Twitch or other streaming platforms. As PS3 doesn’t come with its own computing hardware, you will need to connect it with a computer or TV and stream through broadcasting software.

How do you upload PS3 to Twitch?

You will use a game capture device to connect your PS3 to your computer. Then you will use broadcasting software to stream your PS3 directly on Twitch. The process is a bit complex, so you can read our above provided step-by-step guide to get through it.

Even though PS3 doesn’t allow you to stream your gameplay directly, with some alterations and equipment you can stream from this platform.

We have shared a detailed guide that helps you in this regard. Follow this step-by-step to stream Twitch from your PlayStation 3.